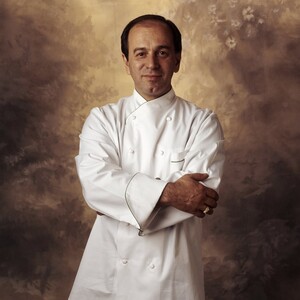 "It started out as a hobby," George Bumbaris recalls. "I just wanted to learn how to really cook. But once I got into the kitchen, I got hooked." In 1983 Bumbaris began a 21-year journey at the Ritz Carlton Hotel in Chicago that crowned him executive chef in 1991. Now he and partner Sarah Stegner have joined forces to open Prairie Grass Cafe in Northbrook, Illinois.

Before his culinary education George studied architecture, opened a body shop to work on cars, and dabbled in construction. He felt cooking was a job that was also fun. "I never found myself looking at my watch when I was cooking and wondering when my next break was," he says.

His philosophy about managing a top-notch kitchen is all about building a strong base and training the staff from the bottom up. "If you continue to train from the bottom up, then people are going to work with your technique, the way you want them to work."

Bumbaris' stellar career at the Ritz-Carlton reflects this philosophy. He started out as a line cook at the Ritz-Carlton. In 1989 he was promoted to executive sous chef, then to executive chef in 1991. "I remember starting out and thinking I could do this, I could become the head chef one day." All of these accomplishments now hold special meaning for Bumbaris because cooking is something he has seen through to great accomplishment, unlike his first career choices that always fell by the wayside.

Bumbaris excelled at cooking and his skills showed time and time again in reviews for the hotel in publications such as the Chicago Tribune, Chicago Magazine, Food and Wine, and Condé Nast Traveler. He won awards for his culinary excellence. He won first place for the United States in the 26th Prix Culinaire International Pierre Taittinger in 1992 representing America at the finals in Paris.

Bumbaris also took first place in The Bocuse D'or American Culinary Gold Cup in 1990. In January 1991, he represented the United States in the International Bocuse D'or competition that was held in Lyon, France during the Salon des Metiers de Bouche, a leading French gastronomic show. He competed with chefs from 22 countries from around the world and captured a top prize for his original "Sole Of The Four Seasons."

For Bumbaris, beginning this new chapter at Prairie Grass Cafe with long-time friend and colleague Sarah Stegner made perfect sense. They had talked about it for a long time, the timing was right, and "we've worked together long enough where there are no surprises- and a lot of trust," declares Bumbaris. He also adds that they both now have reached a level of culinary maturity that's important for what they want to accomplish. "We don't carry the ego with us. We just want a good restaurant with good food."

In addition to the joy of working side by side with Stegner, Bumbaris has enjoyed developing a menu that is fun and accessible. The duo still thrives on using seasonal produce, locally grown when possible.

Bumbaris has understandably high hopes for this next chapter. "My vision is a restaurant packed with smiling faces, enjoying their experience with us and enjoying our food," he adds. Bumbaris always teaches his staff to cook the way one would cook for oneself. With a rule of thumb like that, we can all look forward some great food at Prairie Grass Cafe. 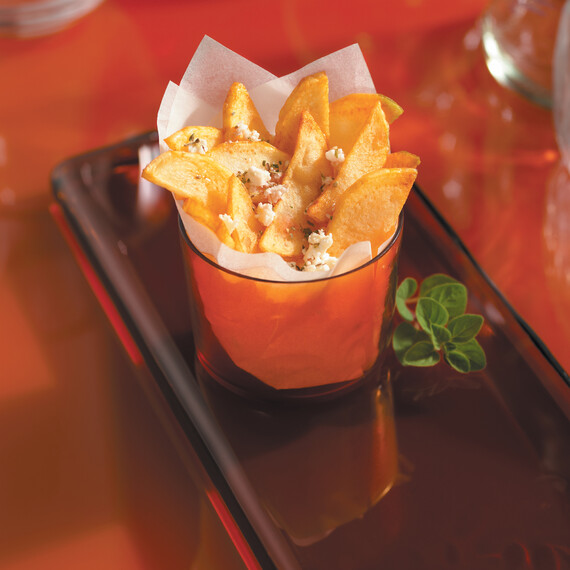