Potatoes Around The World #7

Supported by the U.S. Foreign Agricultural Service (FAS), the May events were designed to promote the Sabor USA logo (sabor means “flavor” in Spanish) in both countries as a symbol of top-quality imported food products.

In Guatemala, an estimated 5,000 people attended a daylong Sabor USA event at a popular dining and entertainment district in Guatemala City, where the IPC booth was one of 20 stands offering sampling and information. Local celebrity Chef Luis Del Cid, IPC’s “chef ambassador” for Latin America, also took to the main stage to demonstrate a potato recipe he created exclusively for IPC.

Processed foods from the United States are one of the fastest-growing sectors in Guatemala, and in 2016 the country imported nearly $400 million in U.S. consumer-oriented food products. New supermarket units are opening in both Guatemala City and in the country’s interior, selling a wide variety of U.S. products.

In El Salvador, the U.S. embassy and the Pan American Academy of Culinary Arts (APAC) worked with FAS to organize a culinary festival in San Salvador. The event showcased the versatility of U.S. agricultural products and how they can be used in conjunction with Salvadoran food items. Cooking competitions among the APAC students included a purple potato contest partly sponsored by IPC.

El Salvador imported about $180 million in U.S. food and beverages last year, with potatoes among the most popular products, according to U.S. Embassy Chargé d'Affaires Mark Johnson. 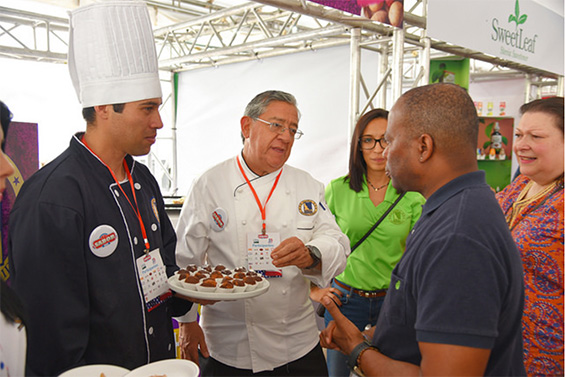 Chef Luis Del Cid (center) cooked up a potato dish at the Guatemala event that he created exclusively for IPC. 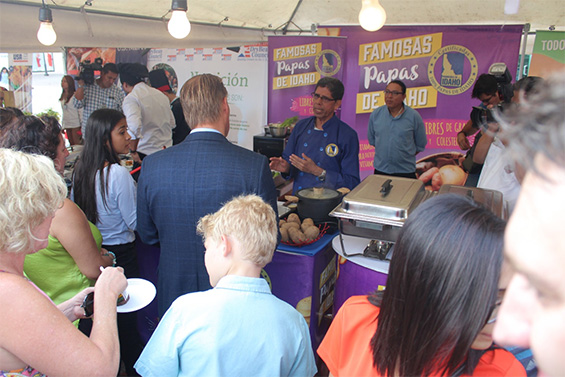 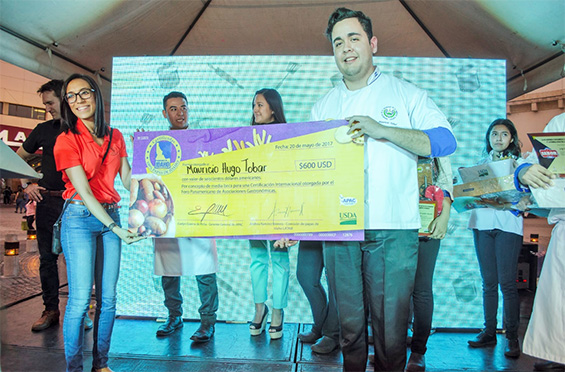 IPC’s new website focusing on international markets for Idaho® potato growers and shippers is up and running. You’ll find export support information for retail, foodservice and distribution, along with: 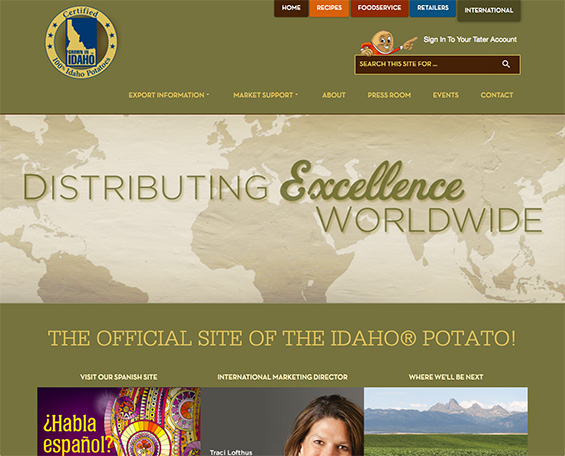 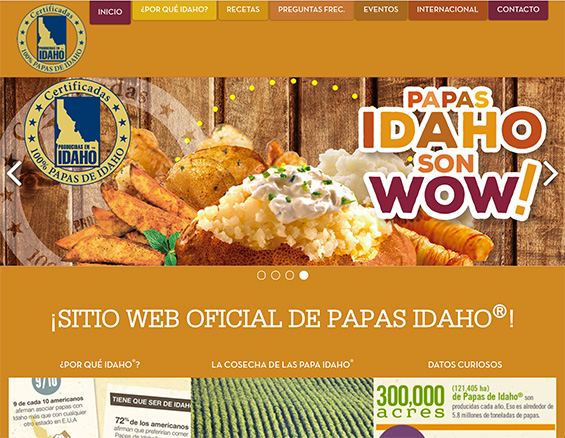 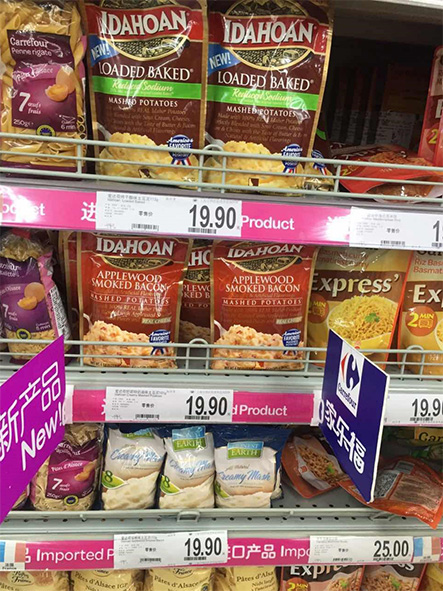 Idaho® potato distribution companies in both Malaysia and Singapore recently participated in IPC training on how to prevent disease risk during storage and transit, led by University of Idaho researcher Phillip Wharton, a potato pathologist. Wharton focused on the differences between bacterial and cosmetic issues, their causes, and the best ways to manage them, including the use of sensors inserted into potato pallets in Idaho that capture temperature and humidity at every point of their trans-ocean journey.

Growers and shippers contemplating export sales can download IPC’s first international infographic for details on the benefits of exporting Idaho® potatoes, the Top 10 markets for the state’s spuds, and more. The infographic is available on the IPC website here, or click on the image below: 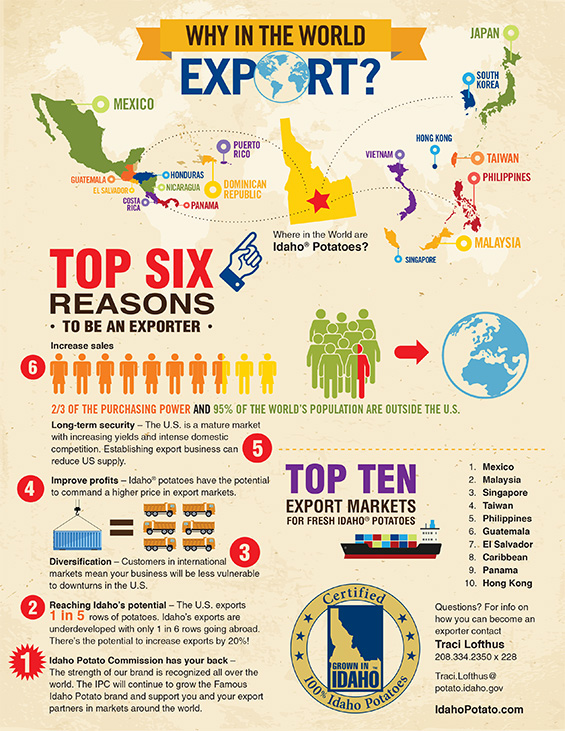 Adapting to international social norms is key to building successful long-term relationships in overseas markets. Branding consultant Bill Beaman of JephsonBeaman discusses how cultural awareness can give you a competitive edge in Understanding Cultural Norms Can Make or Break Your Business, a Q&A from the Export-Import Bank of the United States (EXIM), the official export credit agency of the United States. Understanding Cultural Norms

Please contact Traci Lofthus with any questions or comments.
Traci.Lofthus@potato.idaho.gov (208) 514-4228