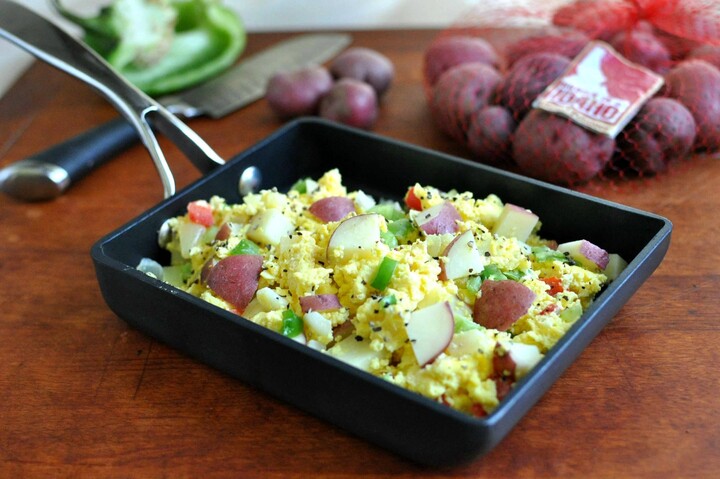 Download Hi-Res Recipe Photo Photo by:
Laura Kurella
Prep time: 15 minutes Cook time: 25 minutes Red bell peppers are not only pretty and sweet but also very nutritious and a great source of vitamin C. If you like, boil the potatoes for the scramble the night before. To make prep even easier, chop the onions and bell peppers and wrap them separately. You'll be ready to start your breakfast, and your day. 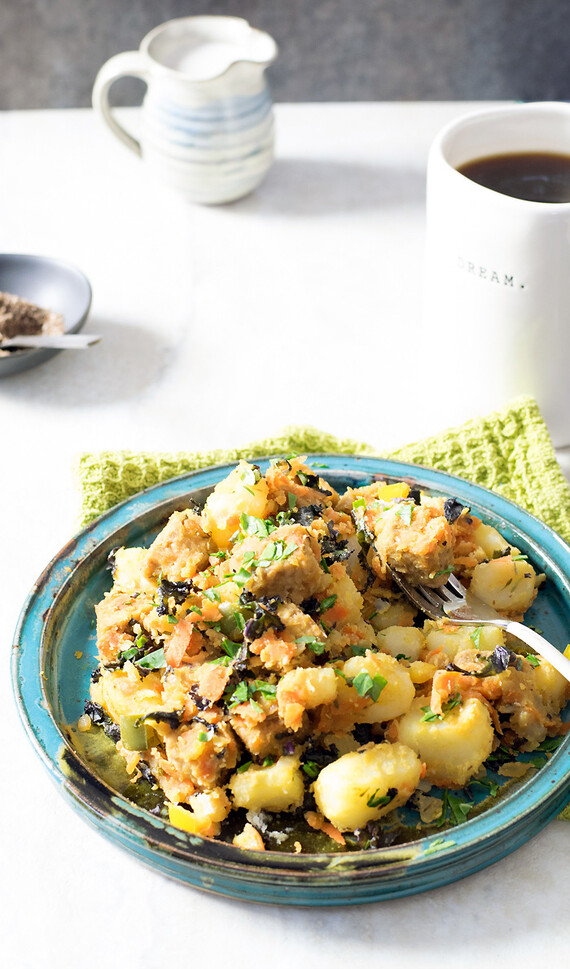 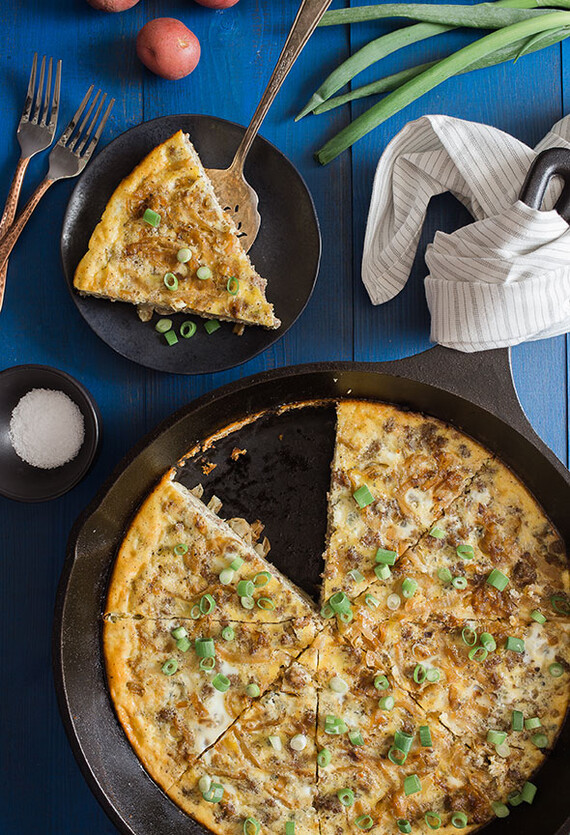