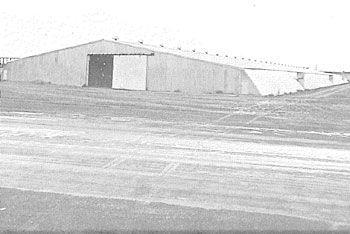 Processors developed the first large potato storage buildings.
The R T. French Company, worldwide food distributors with home offices in London, England, introduced instant mashed potatoes to the American consuming public. They first tried a production plant in the Eastern United States and later relocated in Shelley, Idaho, where the first Idaho granule plant was built in 1952 to use the English process and English machinery. Encumbered with the bad name that dehydrated potatoes had gained during the war, the new product was slow to catch on.

In the meantime, the war ended and government orders slowed down for dehydrated diced potatoes. The United States involvement in the Korean conflict gave the business an additional life of several more years and then demand hit an all-time low.

Leon C. Jones had been hired by J. R. Simplot Company as production manager at their Caldwell plant and later became Vice President and General Manager of the Simplot Company Food Processing Division. He guided the division through the postwar period and began looking for new opportunities in the years ahead to replace existing processed potato products. A crash program of research was undertaken with the idea of developing new potato products that would be acceptable to the housewife and to commercial chefs in American restaurants.

A Simplot food technologist, Ray Dunlap, aimed his efforts at developing products that would make the potato a convenience item in the consumer's kitchen. Various approaches were tried to the problem of supplying French fried potatoes, which were well-liked by American consumers but had the disadvantage of requiring considerable work and time in preparation.

In the meantime, a large ice-making plant had been installed at Caldwell to provide ice for railroad refrigerator cars. This plant provided ice for Pacific Fruit Express cars, which were being used for the shipment of perishables to eastern markets. The ice business had a rather short life as mechanical refrigerator cars began to make their appearance and Pacific Fruit Express found their own sources to be adequate. This left the Simplot Caldwell facilities with a freezing capacity of considerable size and no market for the ice that they had been producing.